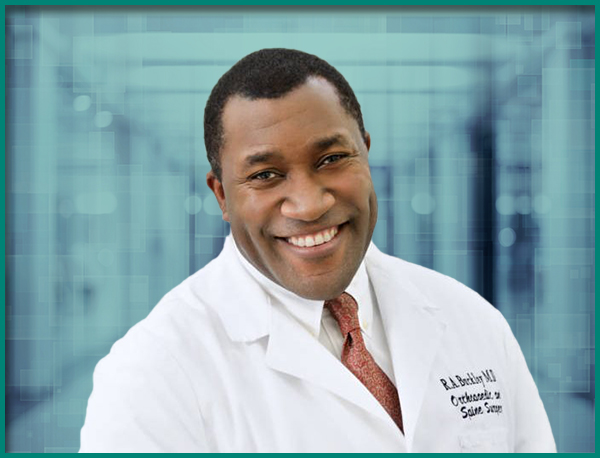 Dr. Buckley specializes in Spine Surgery and is a graduate of Morehouse School of Medicine in Atlanta, Georgia where he earned his MD in 1992. Buckley was 2nd in his Medical School class and graduated Summa Cum Laude. Later, he attended Tulane University School of Medicine in New Orleans, Louisiana where he completed an internship in 1993 and his Orthopaedic residency in 1997. After that, he was accepted for a fellowship in Spinal Reconstruction in Baltimore under the renowned Dr. Paul McAfee, Professor of Spine Surgery at Johns Hopkins University. Since then, Dr. Buckley has been on the forefront of bringing new technological advances to the Central New York area. He has been a party of National FDA studies for lumbar and cervical artificial disc replacements, nucleus pulposus replacement, kyphoplasty procedure for vertebral spinal fractures, and many others. He has also been involved with several leading manufacturers in designing surgical instruments and implants that are now in use nationwide.

Dr. Buckley was born in London, England and moved to Long Island, New York at the age of 12. He is an avid soccer fan and was named All-Area, All-Conference and All-Ohio when he played in University.

When Dr. Buckley is not in the operating room or seeing patients, he enjoys spending time relaxing watching soccer, riding bicycles and working on new technology for the advancement of spine surgery.